This week, during the Digital Collections Customer Days (for the DACH region, i.e. German-speaking) in Hamburg, I did a talk on “DAM Trends 2017”.

Here’s the slides (or download a PDF of the presentation): 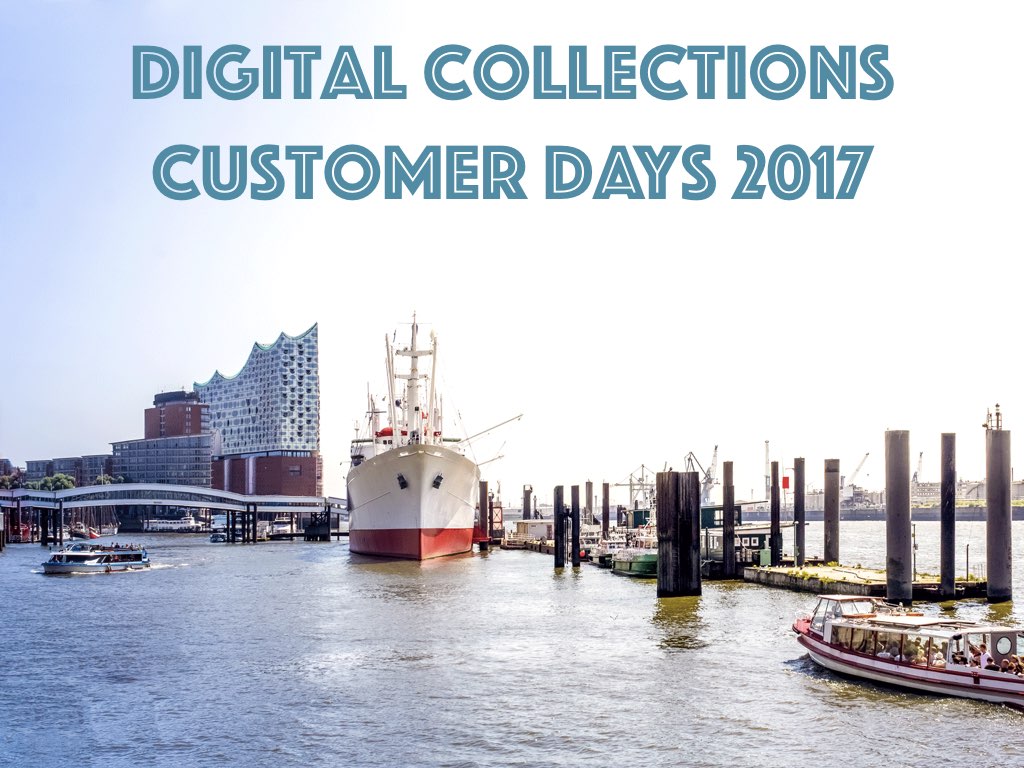 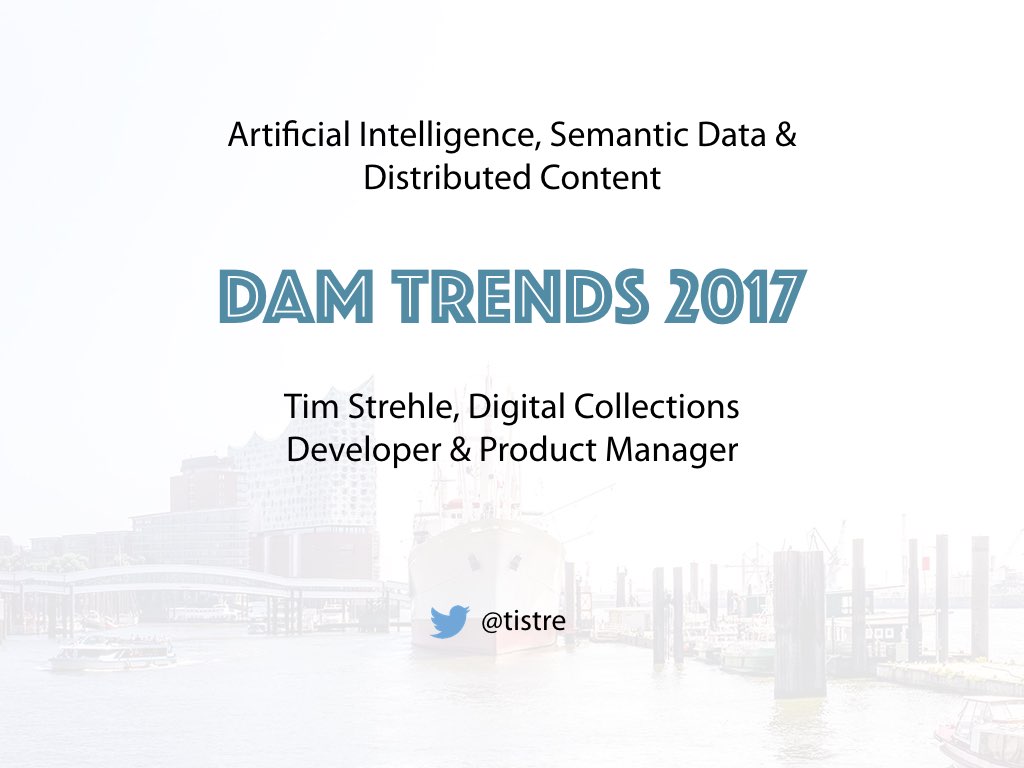 “Artifical Intelligence, Semantic Data and Distributed Content”: Sounds a bit much just before lunch, doesn’t it? But let’s just take a quick walk through current DAM trends, and daydream of the DAM system of the future… 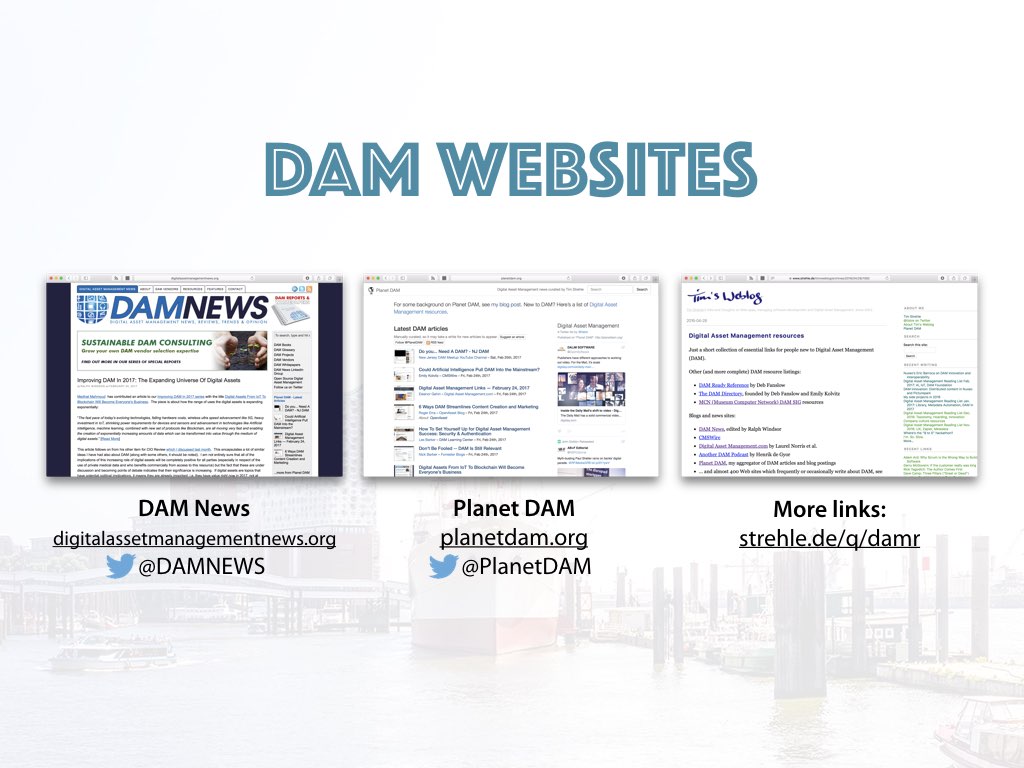 When I started working at Digital Collections, the salespeople told me our product had no competitors at all. I guess that’s true depending on how narrowly you define the niche we’re operating in…

But at some point, I became curious and wanted to find out which market we were in, how it was evolving, and what our competitors offered. This turned into a hobby; each night I do a quick check of what’s new in the DAM space and add links to my Planet DAM Web site.

If you want to keep up-to-date in the DAM space too, check out: 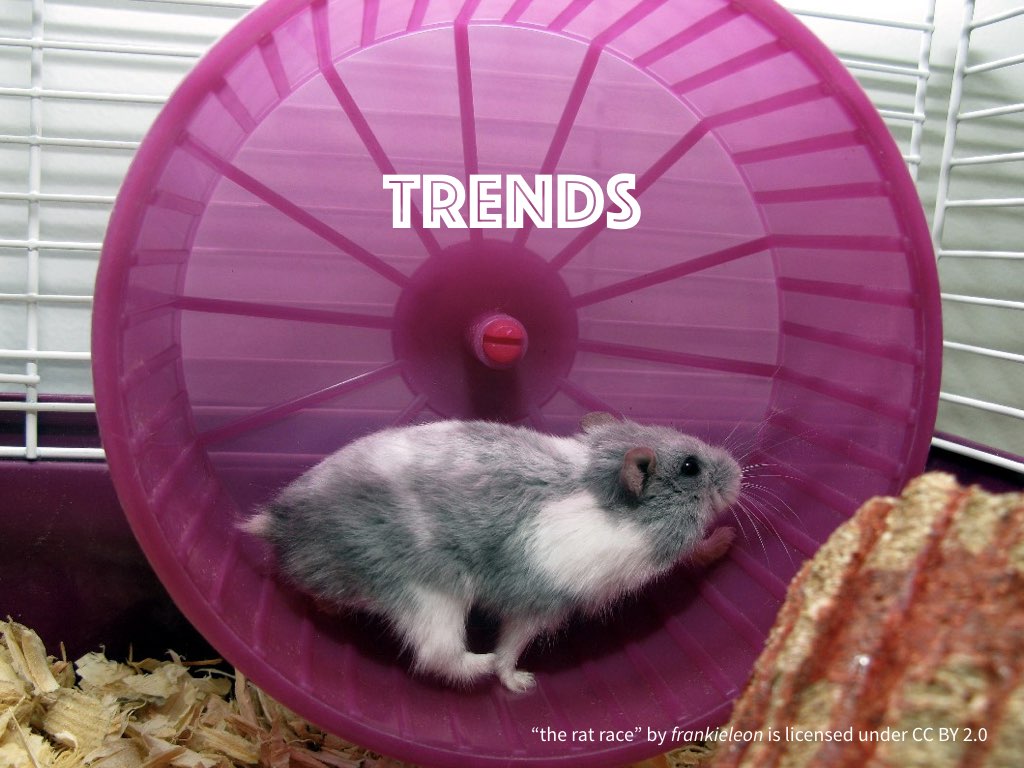 Recently, my family asked what I was doing all day – if our company has been building image database software for 25 years now, shouldn’t that be done by now? – That’s the positive side of all those trends; they keep me employed! But new trends are appearing faster than we can turn them into working software, so work keeps piling up on our desks.

Like us, our customers have to keep figuring out which trends are just hype and can be safely ignored for now, which ones will lead to helpful new features, and which trends are going to disrupt the way we’re working.

[“the rat race” by frankieleon is licensed under CC BY 2.0] 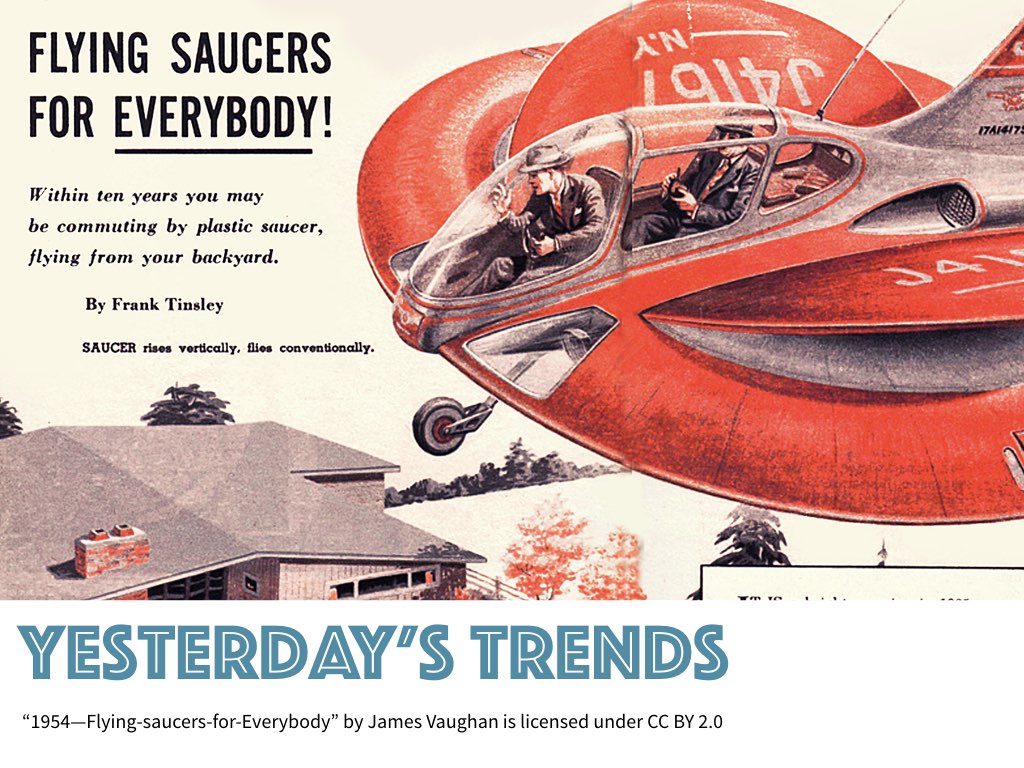 Since the “flying saucers for everybody” we promised you in our marketing material a while ago aren’t fully realized yet, yesterday’s trends are still relevant. Let’s talk about them before moving to the hot new stuff.

[“1954—Flying-saucers-for-Everybody” by James Vaughan is licensed under CC BY 2.0] 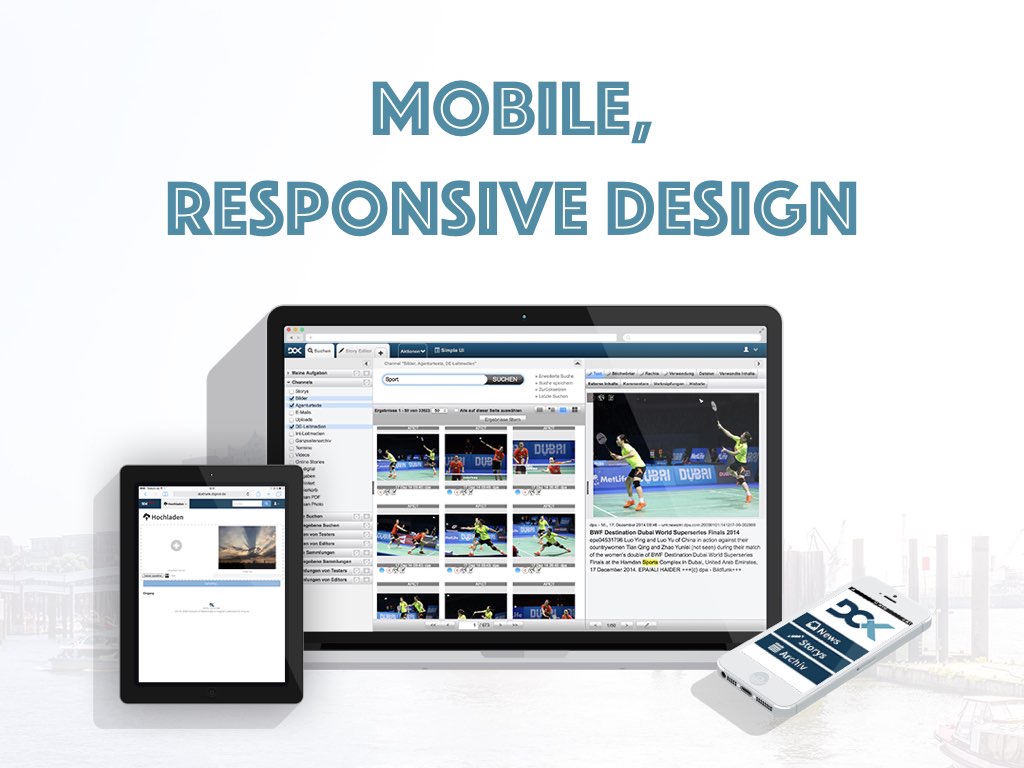 Apple’s iPhone, and the smartphone revolution it caused, has had major effects on DAM software too: The DAM UI must now work on both small and large screens. (Vendors who had bet on native Windows or Mac clients, or on Adobe Flash, had to reimplement their applications in HTML or as native mobile apps.) 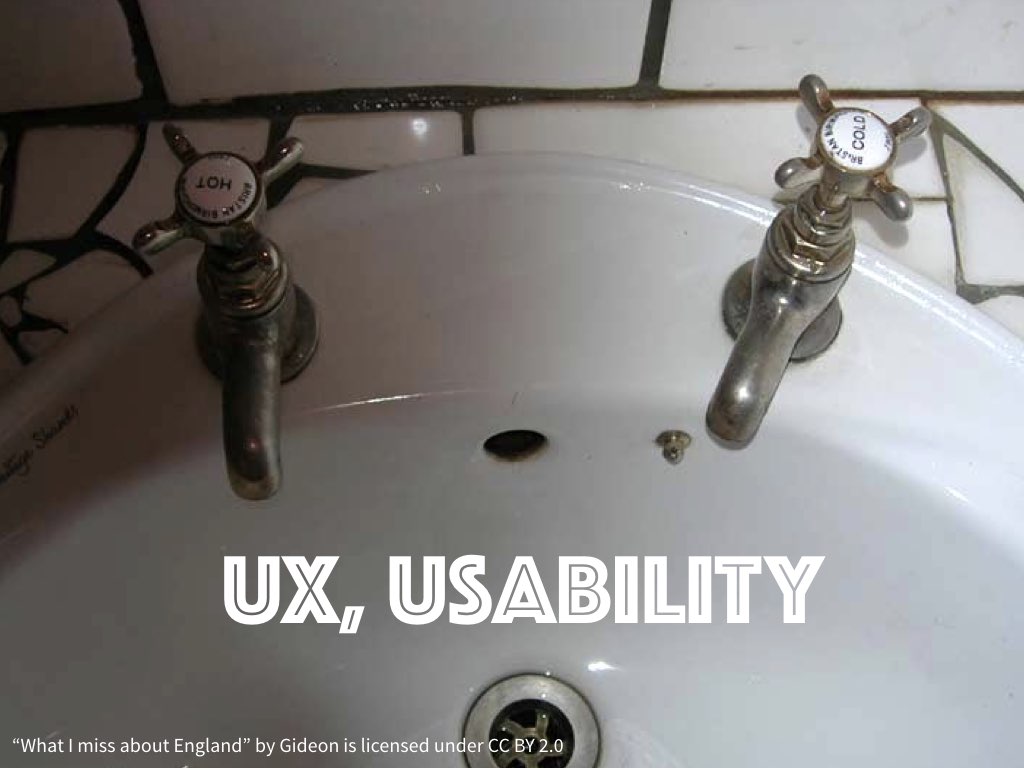 Another effect of the smartphone revolution: Users who previously hadn’t complained much about ugly, unusable enterprise software – probably because they suffered from slow, virus-ridden Windows 98 PCs at home as well – suddenly demanded delightful, usable UIs. Pretty much all of us DAM vendors had to create a new UI from scratch.

[“What I miss about England” by Gideon is licensed under CC BY 2.0] 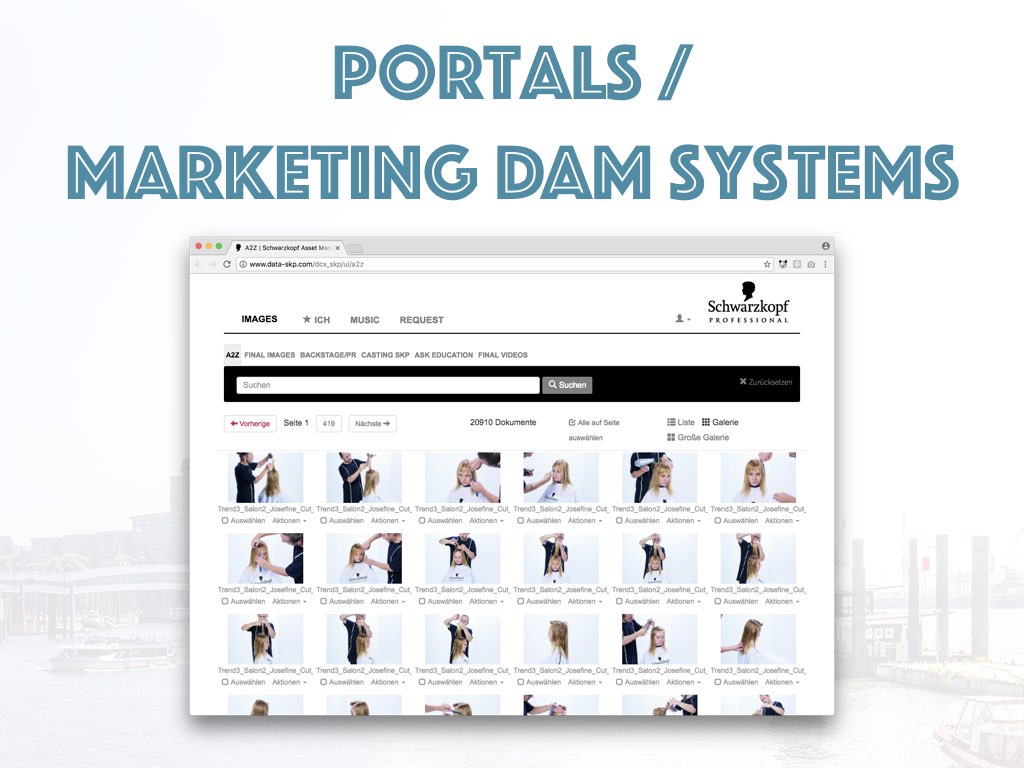 Most bigger DAM systems had been built for the power user: Tons of functionality meant complex interfaces which were hard to grasp for the occasional guest user who just wanted to download a few images or find an article in the newspaper archives. Most DAM vendors now offer “portal” products or development kits for simpler UIs, sitting on top of their regular DAM product. 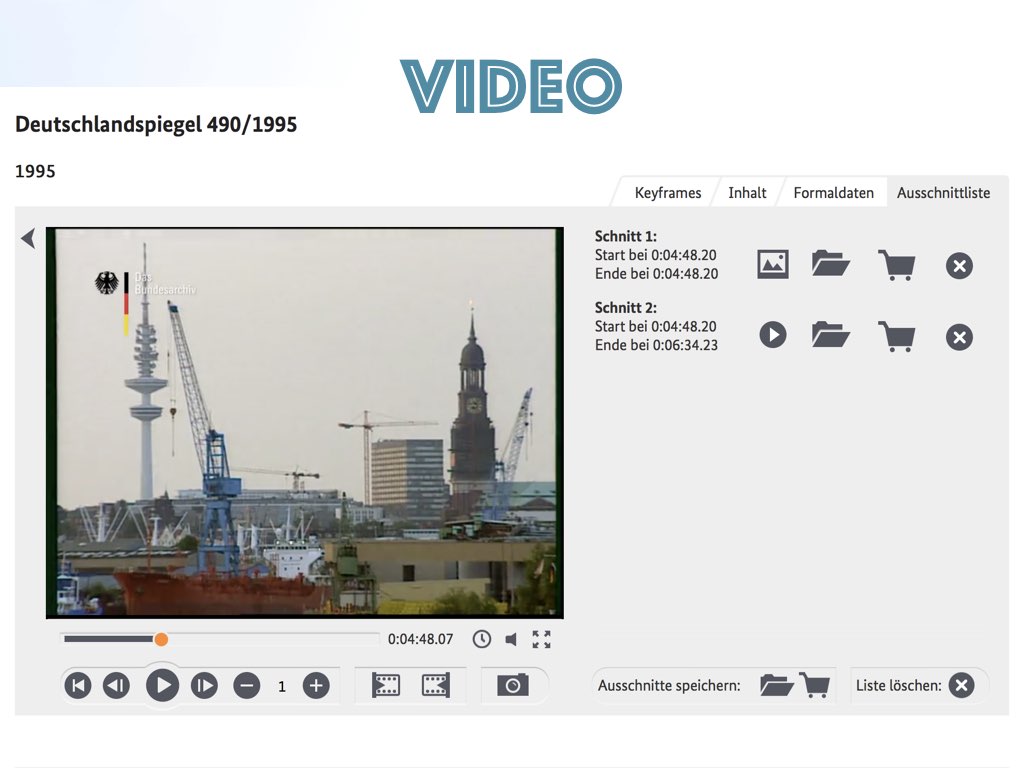 Video remains one of the top Internet trends, so you’ll want your DAM system to be able to ingest, play, transcode and export video files. 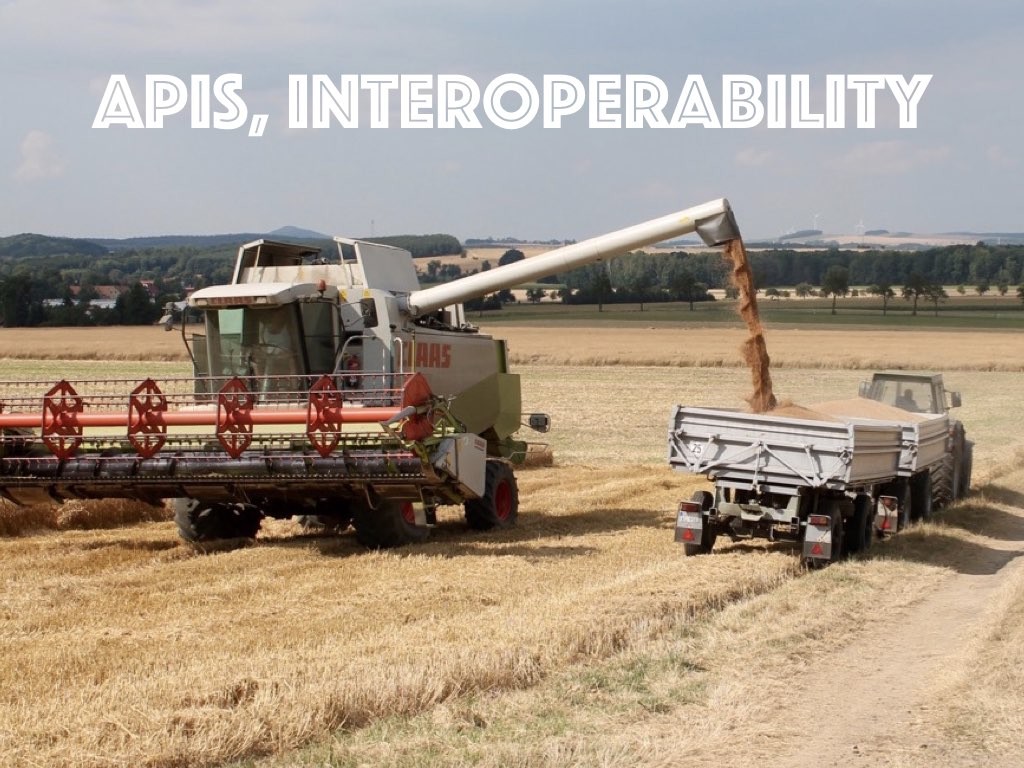 Interoperability is a core feature of large DAM systems – which means they must have an API. (Our DC-X DAM offers a JSON Web Service API.) 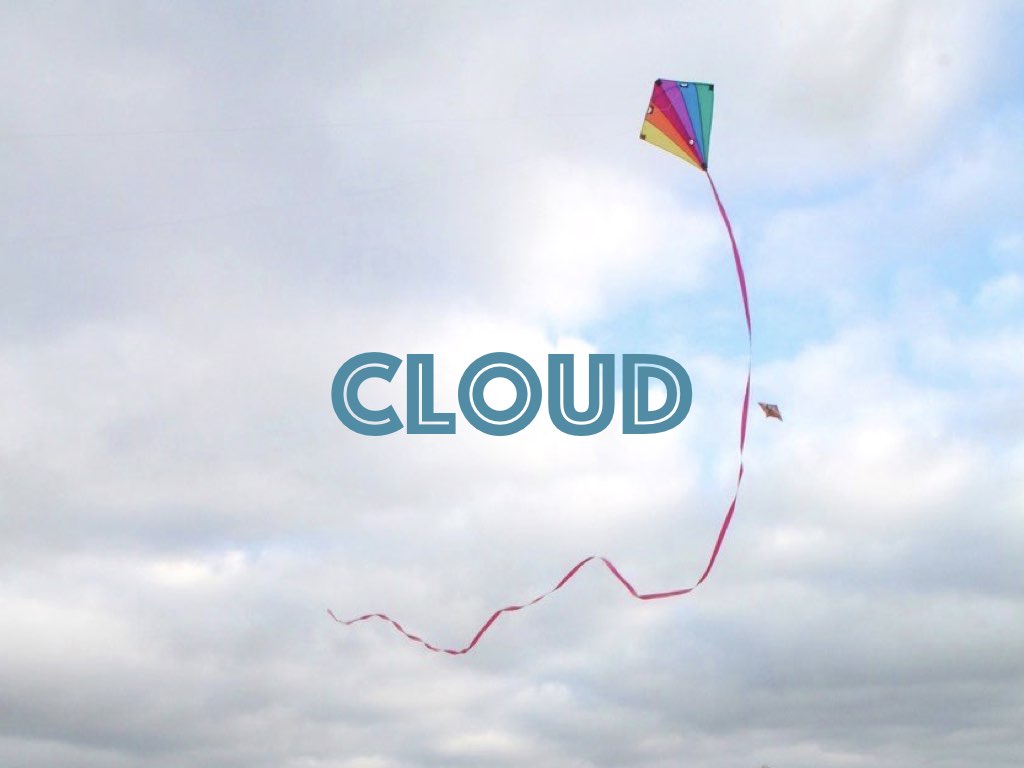 “Cloud-enabling” a traditional on-premises DAM product is a lot of work, but the shift to the cloud is so fundamental that nobody can ignore it. 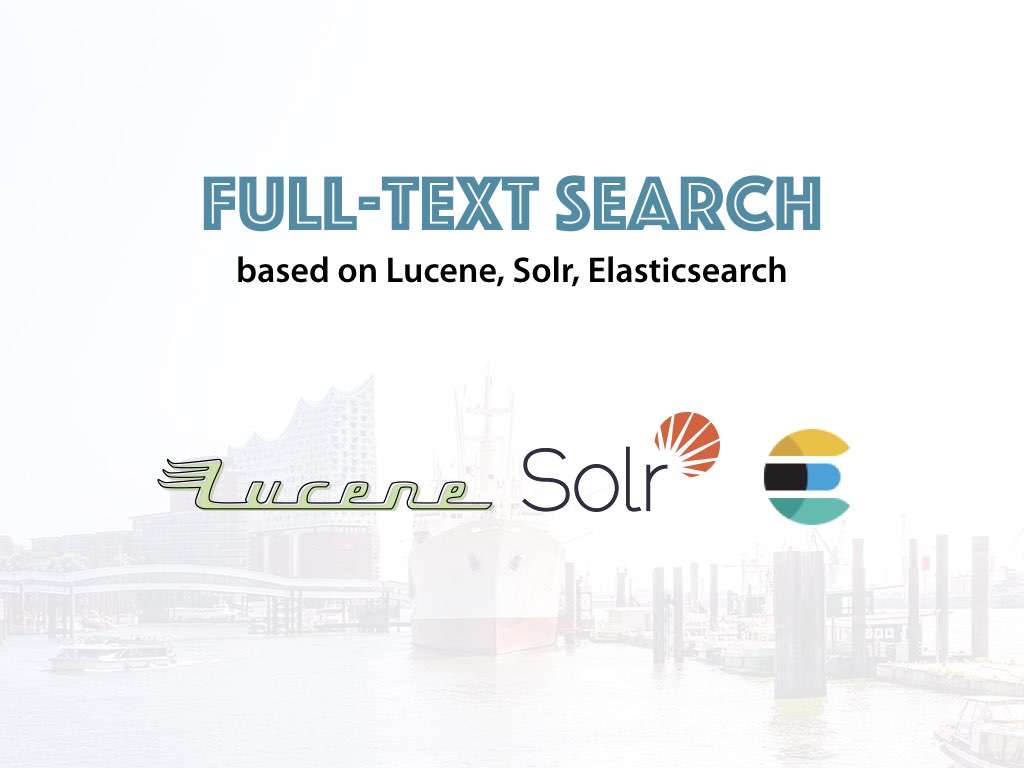 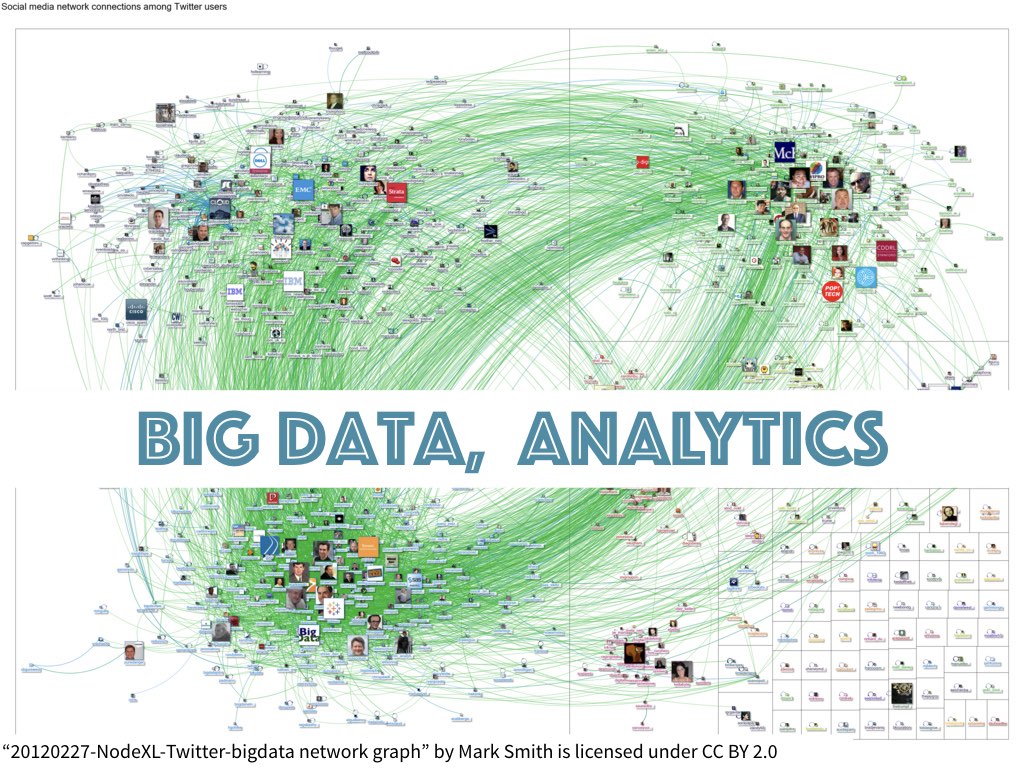 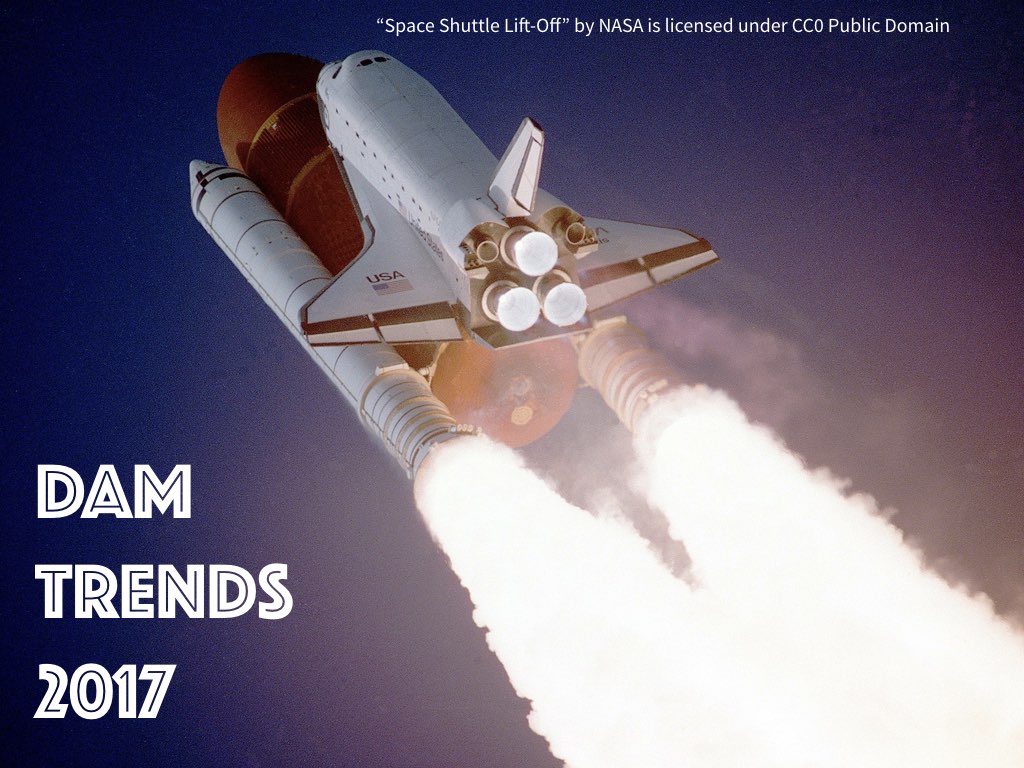 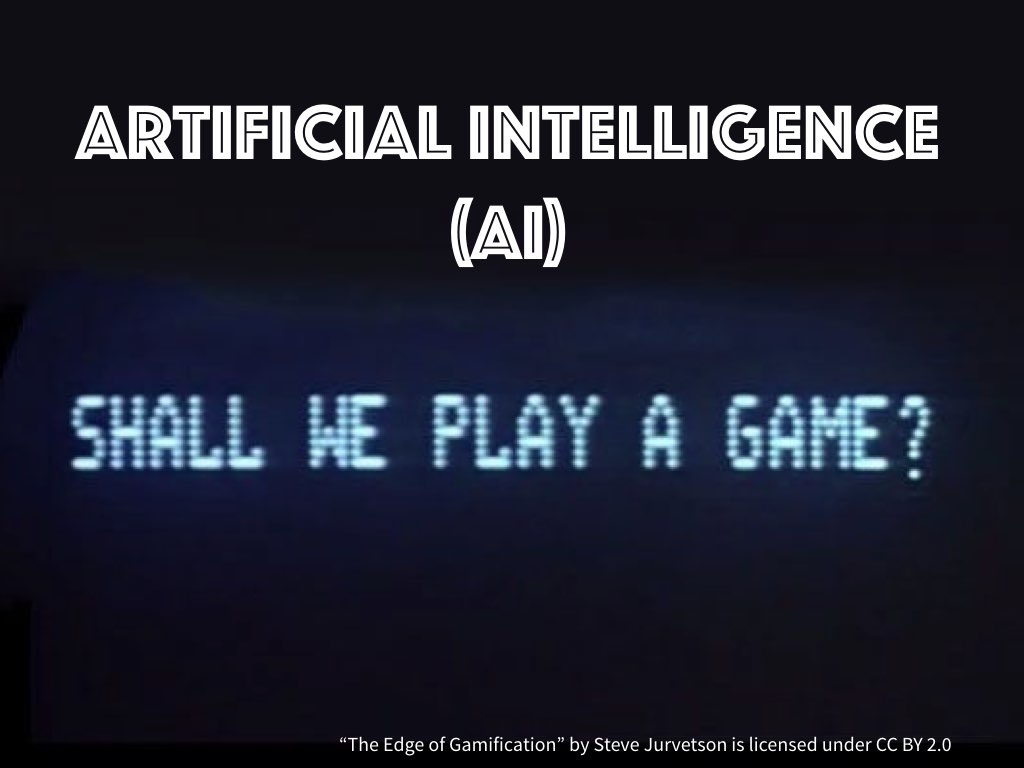 [“The Edge of Gamification” by Steve Jurvetson is licensed under CC BY 2.0] 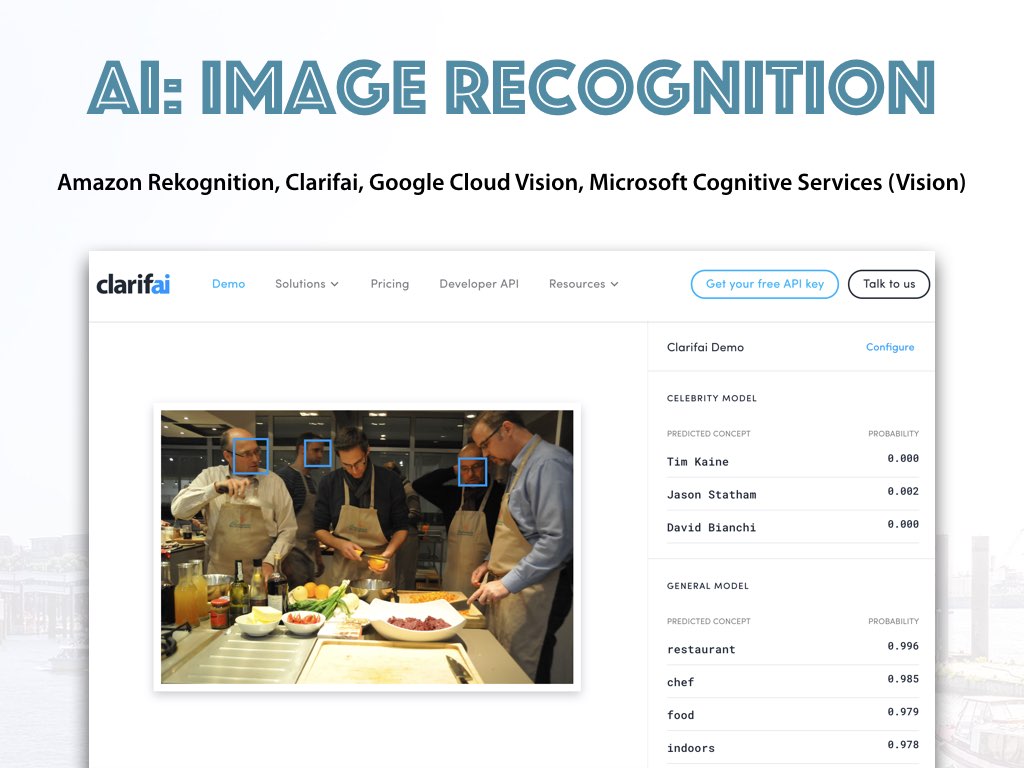 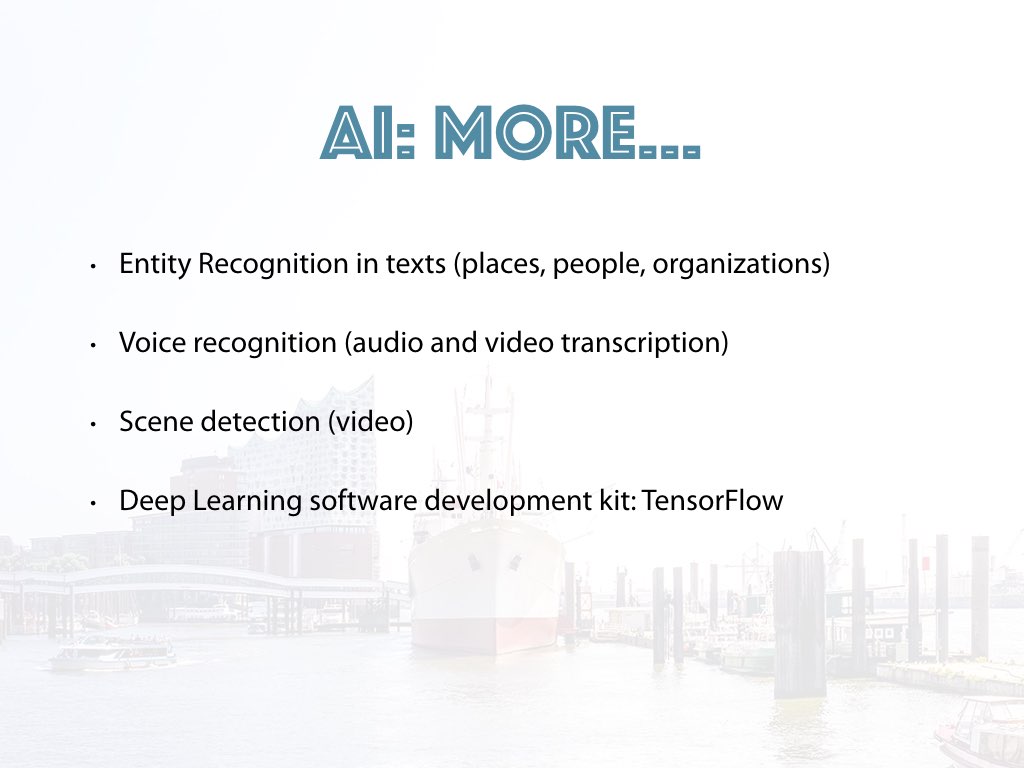 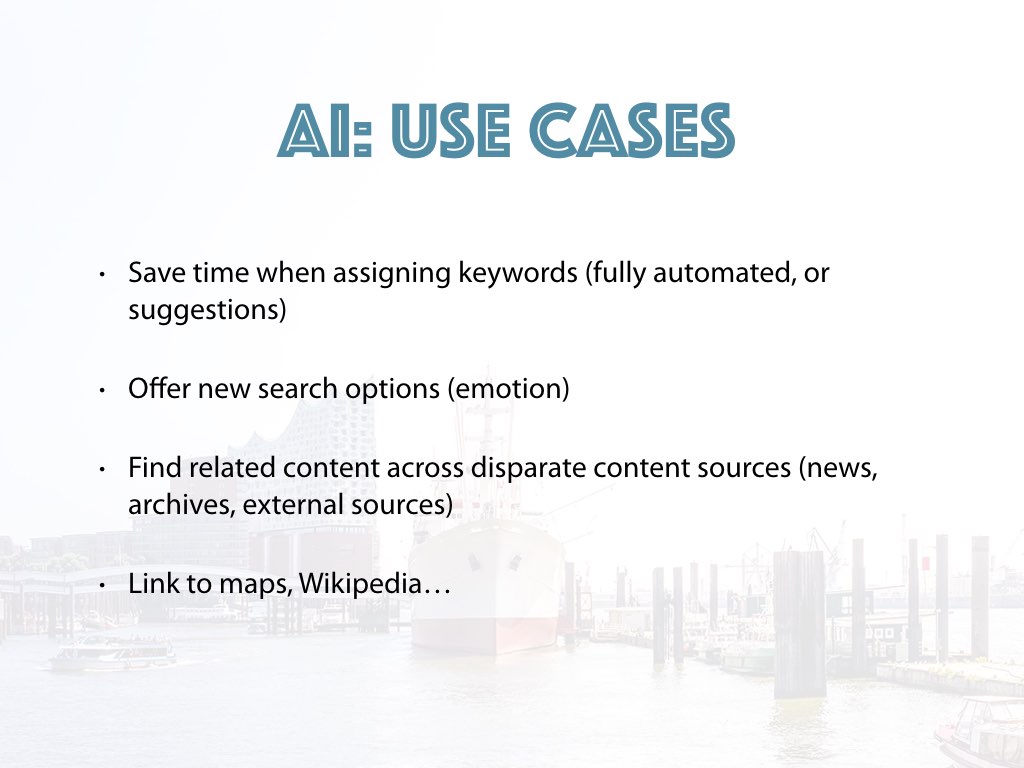 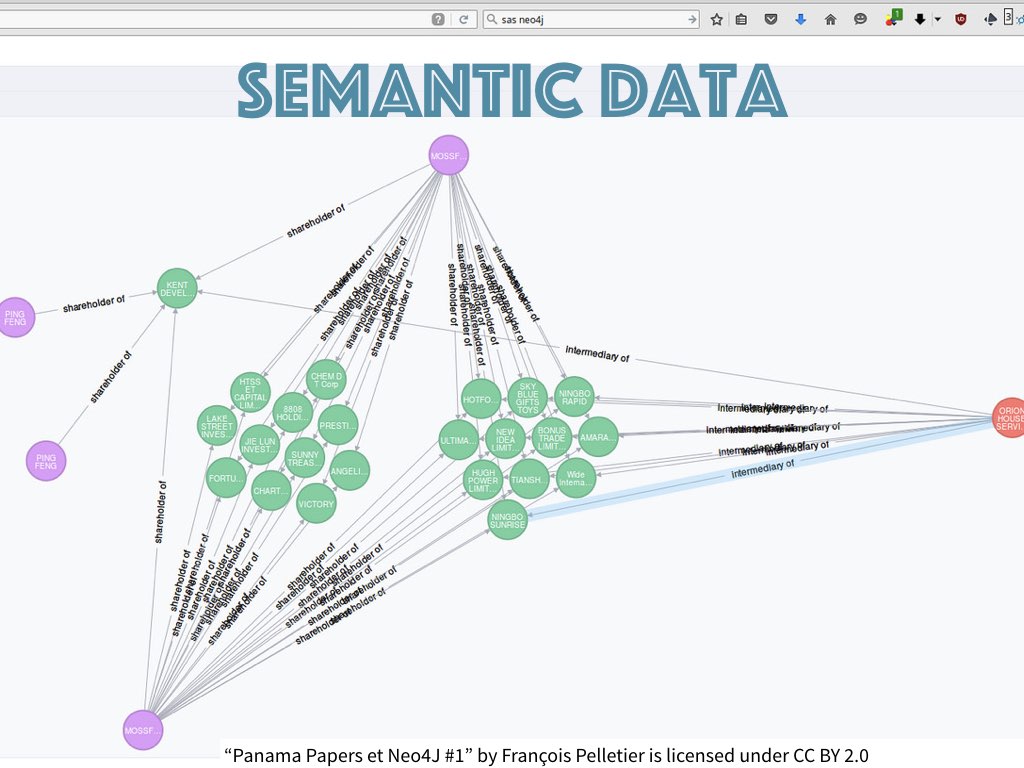 [“Panama Papers et Neo4J #1” by François Pelletier is licensed under CC BY 2.0] 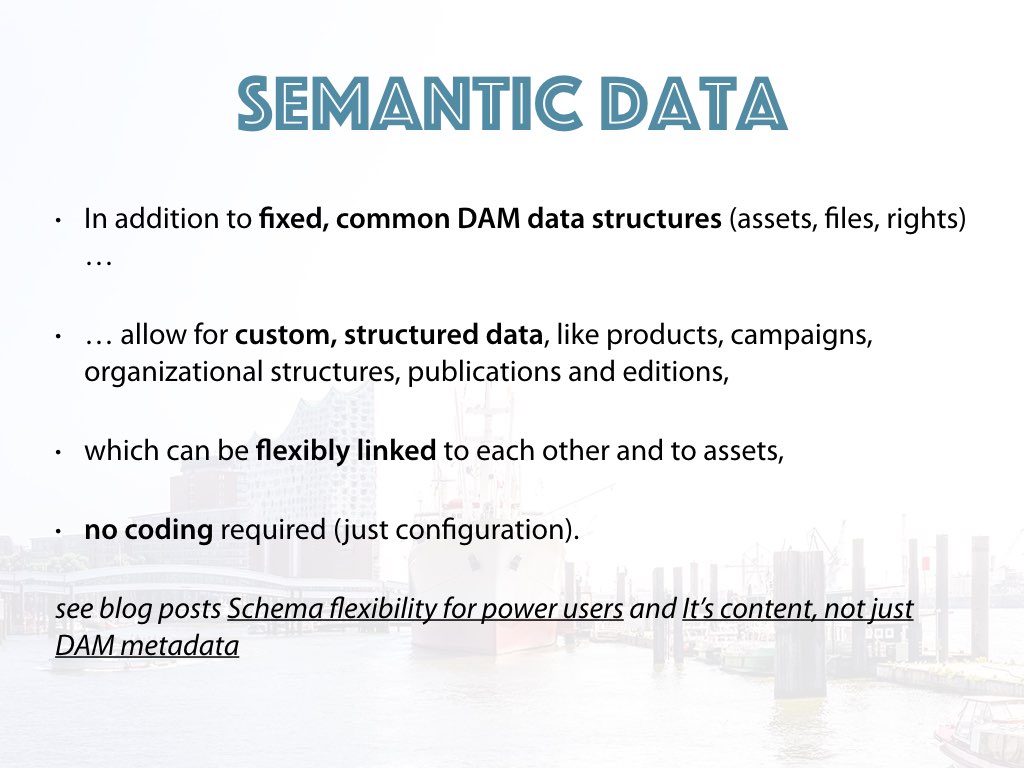 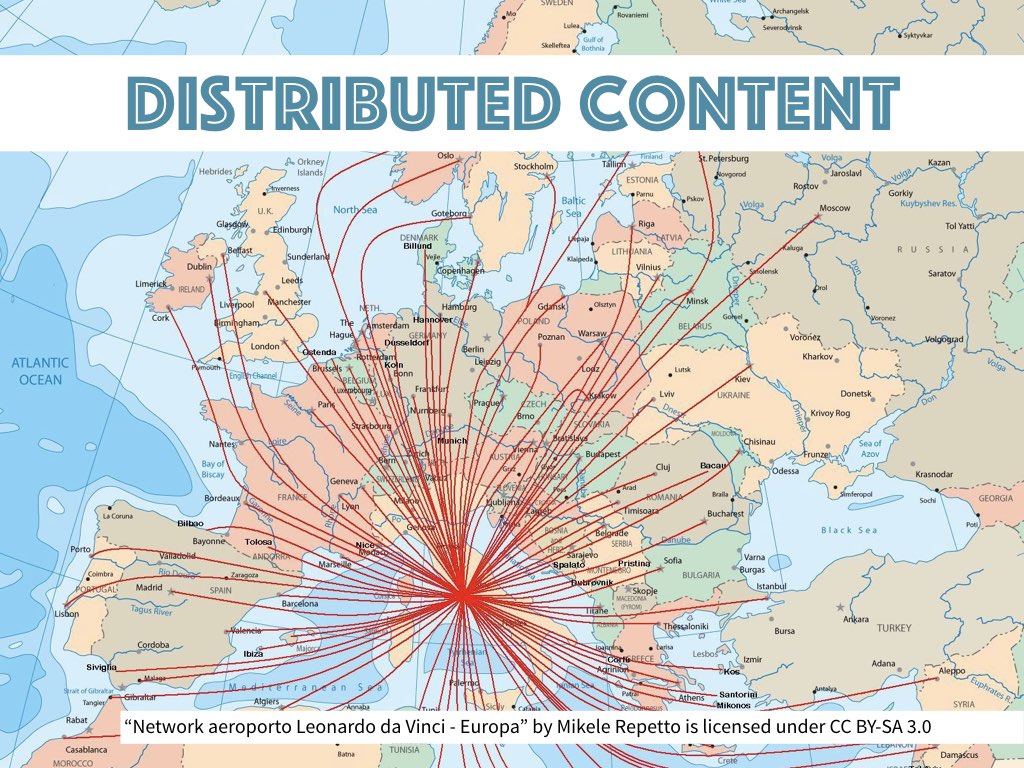 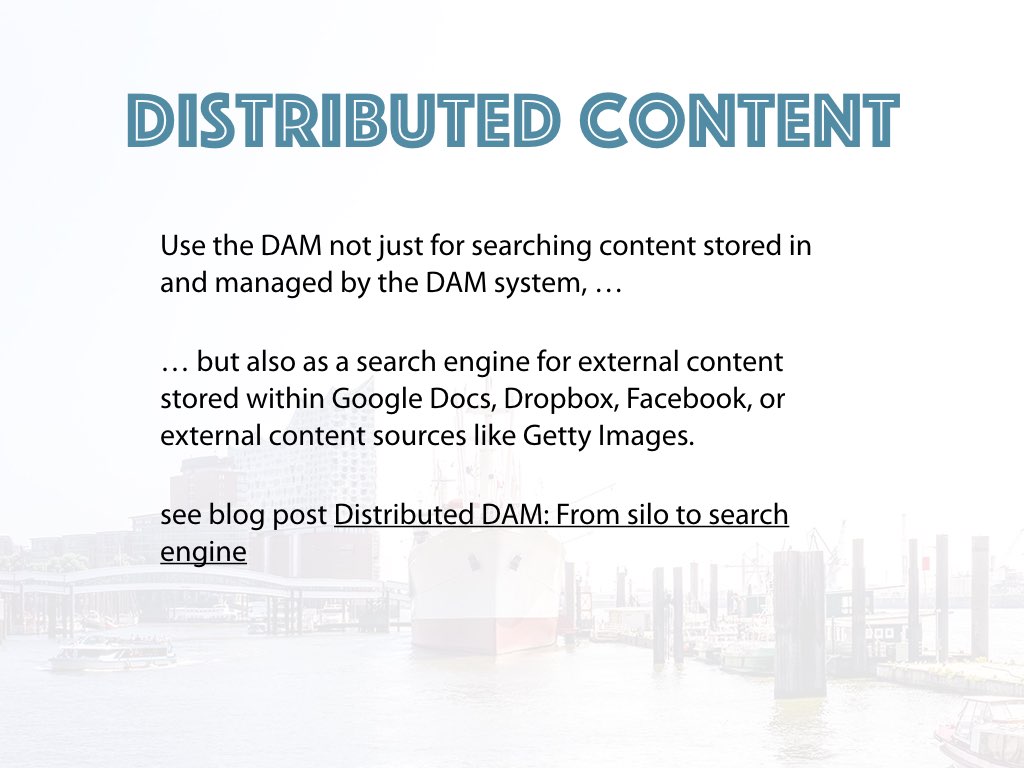 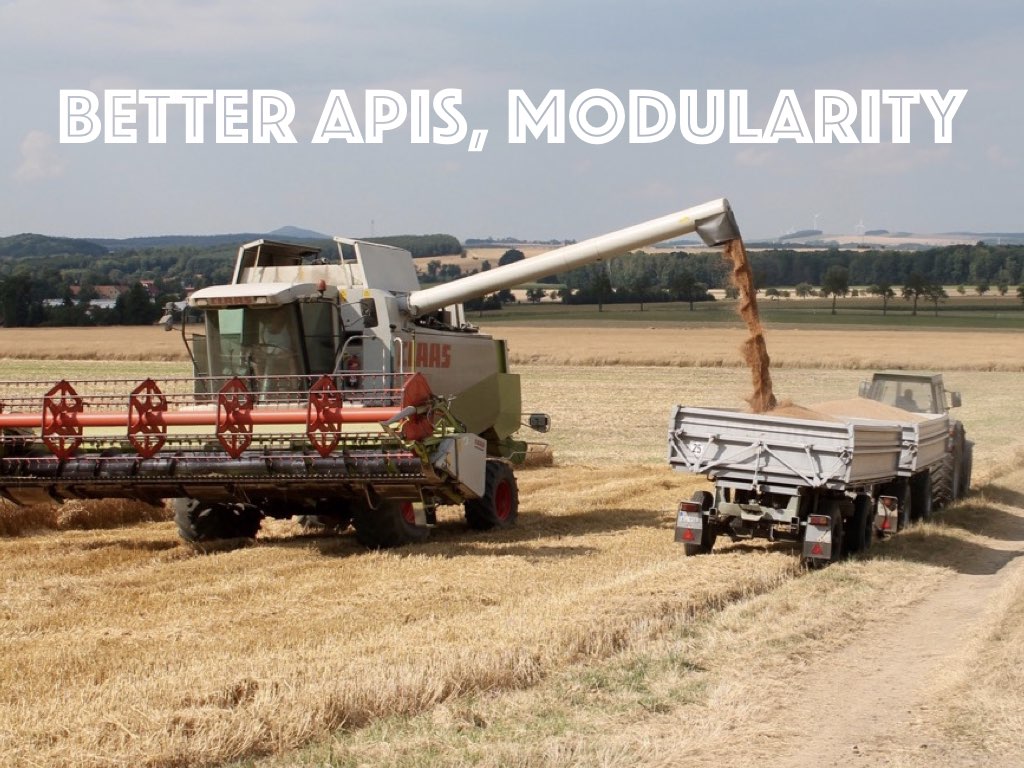 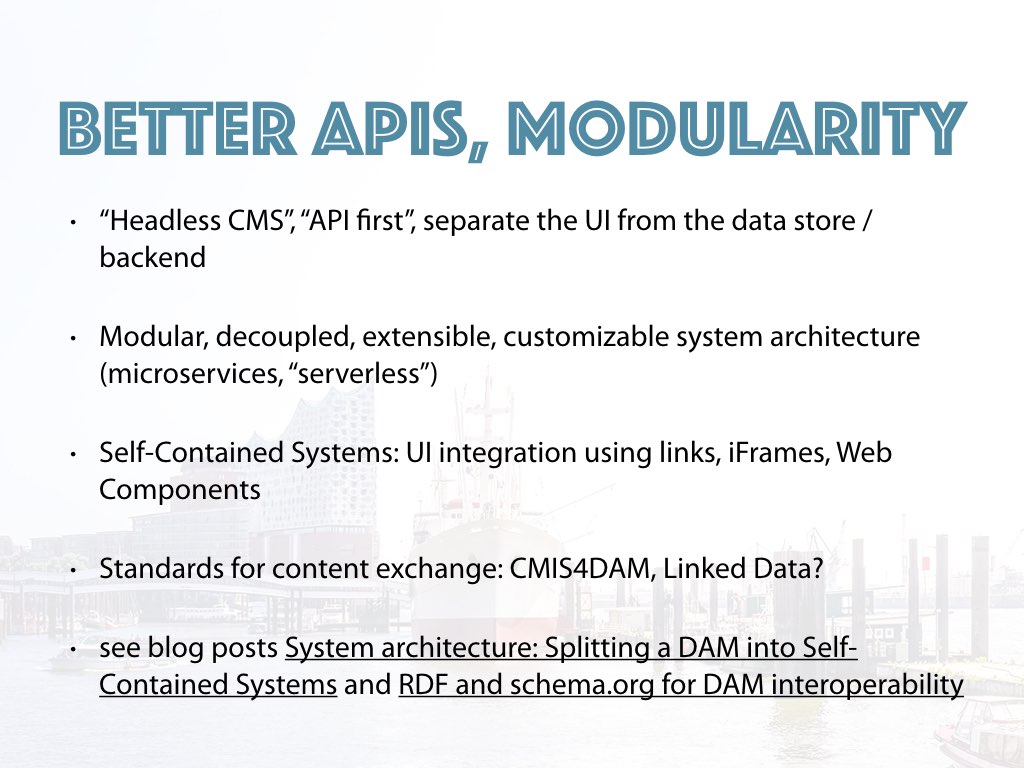 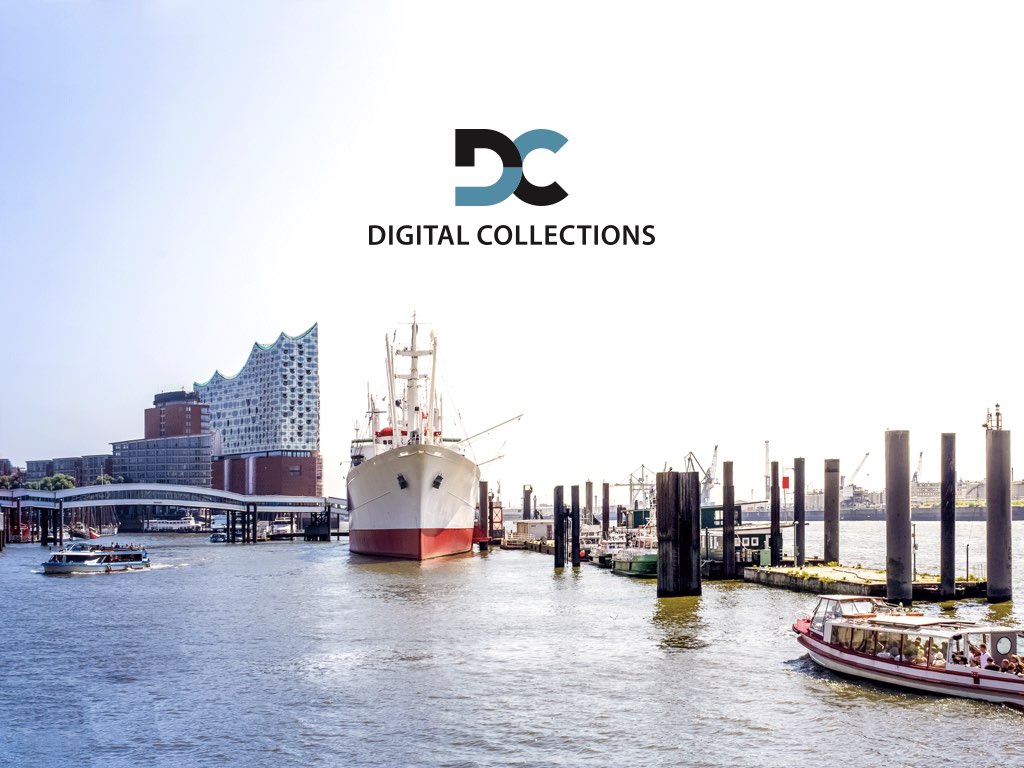 At the end, we did a little show of hands, asking the audience to vote on the trends they deem most important for achieving their business goals.

According to this quick vote, these are the top 4 things our DAM customers want us to work on:

(Pretty interesting; I wouldn’t have thought that “mobile” and distributed content are that important.)