“iTunes for news” – first impressions of Blendle in Germany 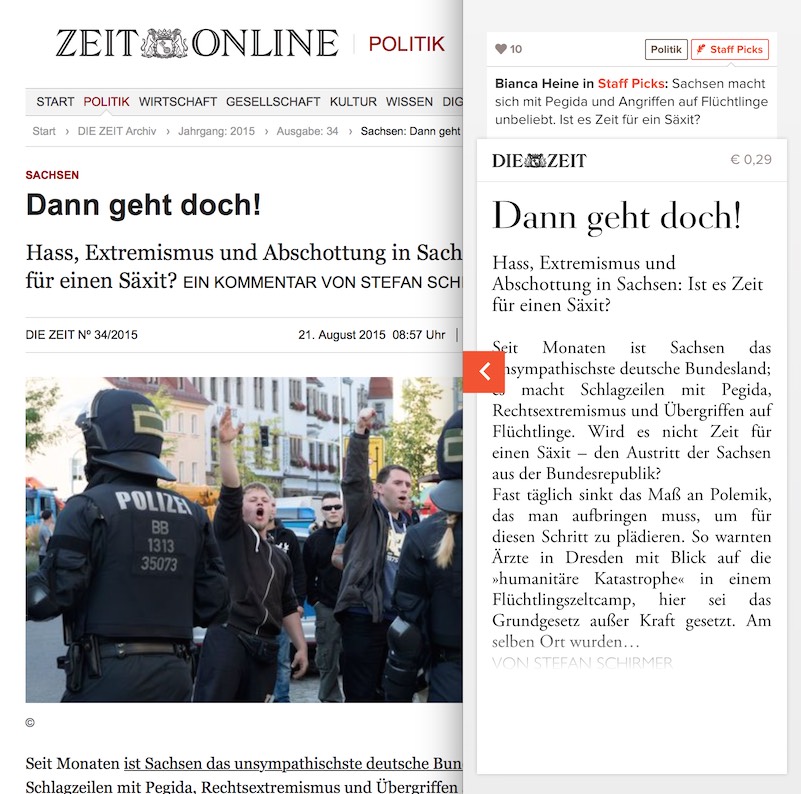 You have probably heard of Blendle, the promising “iTunes for News” startup from the Netherlands that’s backed by the NYT and Axel Springer. They’re launching in Germany on September 14th. I’ve been a fan of the Blendle idea for a long time: effortlessly buying print articles from a central “online kiosk”, with an equally easy refund option if the article wasn’t worth its money. So I was extra happy to be able to try out the beta version. Some first impressions:

OpenLDAP slapd is popular open source server software that implements the LDAP protocol – you use it to store users, groups and their attributes, and you can use it for authentication (checking whether a given username/password combination is valid).

The experts will know about this, but to a novice it’s counter-intuitive that by default, OpenLDAP stores passwords in plain text on disk, and even returns plain text passwords in search results. Here’s what this looks like:

Listen to your engineers, don’t sink the Vasa

Friends of ours recently visited the Vasa Museum in Stockholm, Sweden. They told us the story of the Vasa, a warship that sank almost immediately after setting out for her maiden voyage in 1628. According to Wikipedia:

“Richly decorated as a symbol of the king's ambitions for Sweden and himself, upon completion she was one of the most powerfully armed vessels in the world. However, Vasa was dangerously unstable due to too much weight in the upper structure of the hull. Despite this lack of stability she was ordered to sea and foundered only a few minutes after encountering a wind stronger than a breeze. The order to sail was the result of a combination of factors. The king […] was impatient to see her take up her station as flagship of the reserve squadron […]. At the same time the king's subordinates lacked the political courage to openly discuss the ship's structural problems or to have the maiden voyage postponed.”