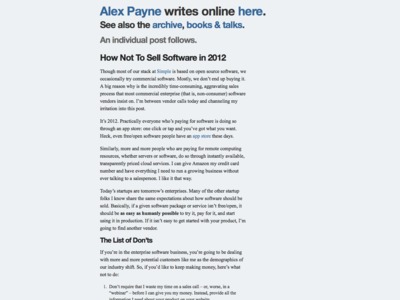 “Basically, if a given software package or service isn’t free/open, it should be as easy as humanly possible to try it, pay for it, and start using it in production. If it isn’t easy to get started with your product, I’m going to find another vendor.”

What I learned by turning off comments 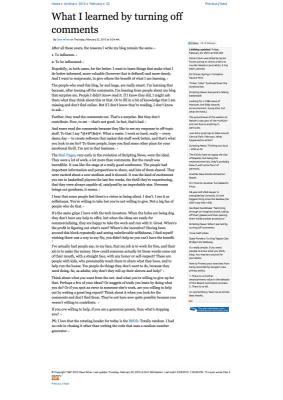 Dave Winer – What I learned by turning off comments:

“I hear that some people feel there's a virtue in being silent. I don't. I see it as selfishness. You're willing to take but you're not willing to give.” 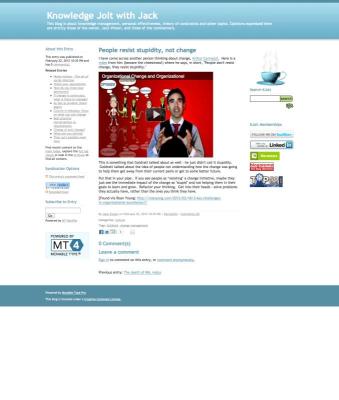 “If you see people as "resisting" a change initiative, maybe they just see the immediate impact of the change as "stupid" and not helping them in their goals to learn and grow. Refactor your thinking. Get into their heads - solve problems they actually have, rather than the ones you think they have.” 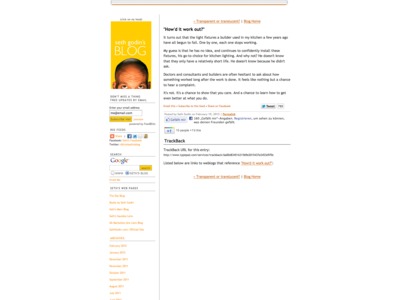 “Doctors and consultants and builders are often hesitant to ask about how something worked long after the work is done. It feels like nothing but a chance to hear a complaint.

It's not. It's a chance to show that you care. And a chance to learn how to get even better at what you do.”

rNews is here. And this is what it means. 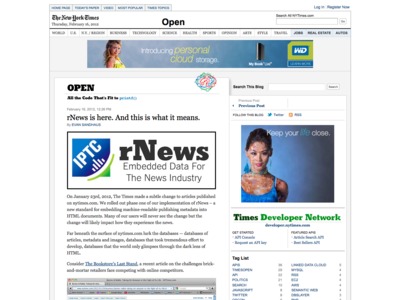 Evan Sandhaus at New York Times Open – rNews is here. And this is what it means.:

“On September 21, the IPTC and Schema.org officially announced their work together.

So by October 2011, we had a supported standard for embedding publishing specific metadata into HTML documents. Now all we had to do was actually implement rNews on nytimes.com.

And that’s what we did.

[…] all you have to do is view source on any nytimes.com article published on or after January, 23 2012. In the HTML you will see new attributes like ‘itemtype’, ‘itemprop’ and ‘itemid’. If you paste an article URL into the Google Rich Snippets tool, you can see a parse of the structured data now embedded into every nytimes.com article.”