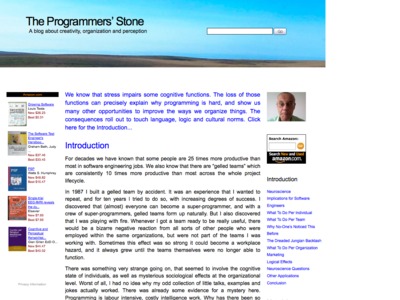 “The clerical worker, by subjecting the programmer to bureaucratic stress, has forced the programmer into stress modulated focussed attention, and the ability of his or her brain to hold the program that is already there is lost. Hence “evaporation”. In some organizations it’s quite common for people to suffer this repeatedly, day after day, such that a week goes by with no useful progress - and at the end of it the programmer has suffered aversion therapy such that they start flinch away from trying to load the problem up again.”