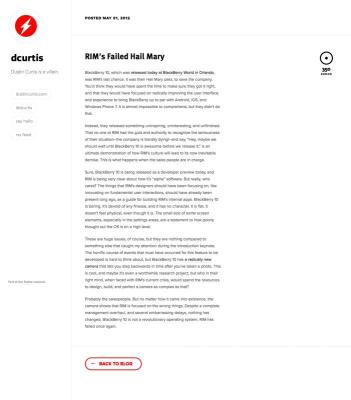 “Instead, they released something uninspiring, uninteresting, and unfinished. That no one at RIM had the guts and authority to recognize the seriousness of their situation–the company is literally dying!–and say, “Hey, maybe we should wait until BlackBerry 10 is awesome before we release it,” is an ultimate demonstration of how RIM's culture will lead to its now inevitable demise. This is what happens when the sales people are in charge.”