Why We Removed the Wiki Markup Editor in Confluence 4.0 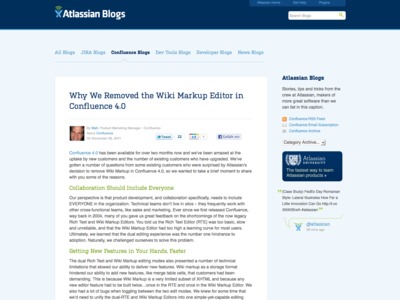 “Wiki markup as a storage format hindered our ability to add new features, like merge table cells, that customers had been demanding. This is because Wiki Markup is a very limited subset of XHTML and because any new editor feature had to be built twice...once in the RTE and once in the Wiki Markup Editor. We also had a lot of bugs when toggling between the two edit modes. We knew for some time that we'd need to unify the dual-RTE and Wiki Markup Editors into one simple-yet-capable editing experience and store Confluence content in a more extensible storage format – i.e. XHTML.”

A great way to give thanks… 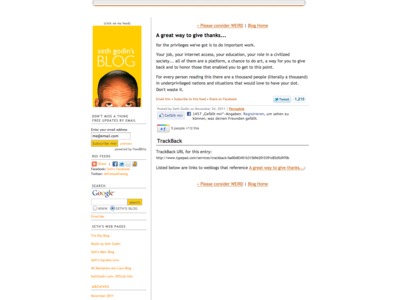 Seth Godin – A great way to give thanks…:

“For every person reading this there are a thousand people (literally a thousand) in underprivileged nations and situations that would love to have your slot. Don't waste it.” 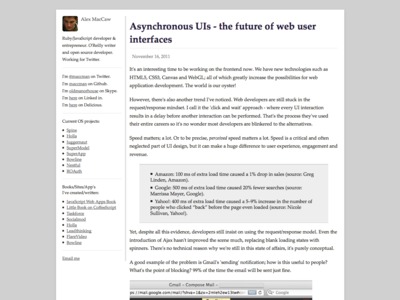 “Move state & view rendering to the client side.

[…] The idea is that you update the client before you send an Ajax request to the server. For example, say a user updated a page name in a CMS. With an asynchronous UI, the name change would be immediately reflected in the application, without any loading or pending messages. The UI is available for further interaction instantly. The Ajax request specifying the name change would then be sent off separately in the background. At no point does the application depend on the Ajax request for further interaction.”

(Via Nat Torkington at O'Reilly Radar.) 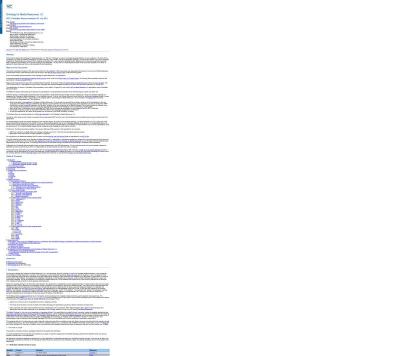 Example XML for most standards can be viewed in the testsuite. 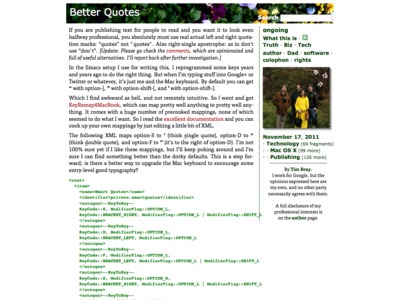 “If you are publishing text for people to read and you want it to look even halfway professional, you absolutely must use real actual left and right quotation marks: “quotes” not "quotes". Also right-single apostrophe: as in don’t use "don't".” 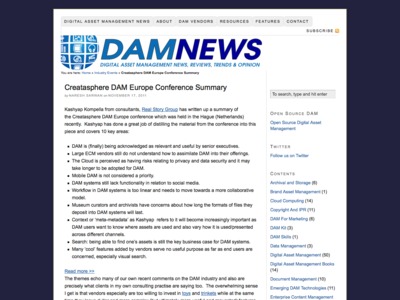 “The overwhelming sense I get is that vendors especially are too willing to invest in toys and trinkets while at the same time they leave duller and more complex (but ultimately more useful and requested) features like flexible workflow by the wayside or handle it very badly.”

Don’t Call Yourself A Programmer, And Other Career Advice 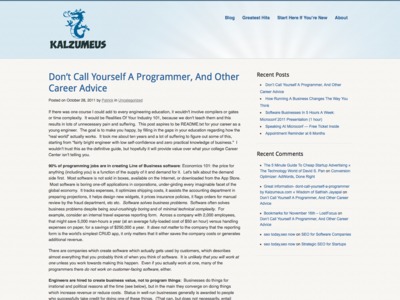 Patrick McKenzie – Don't Call Yourself A Programmer, And Other Career Advice: 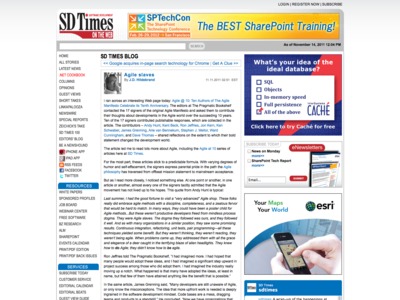 "These weren't productive developers freed from mindless process dogma. They were Agile slaves. The dogma they followed was ours, and they followed it well. […] But they weren't thinking, they weren't reacting, they weren't being agile. When problems came up, they addressed them with all the grace and elegance of a deer caught in the terrifying blaze of alien headlights. They knew how to do Agile; they didn't know how to be agile." 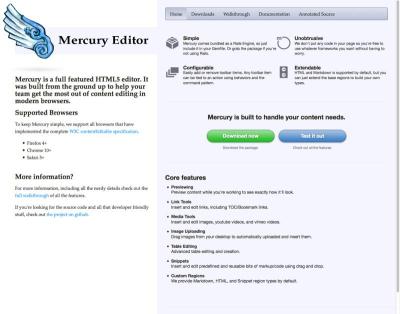 "Mercury is a full featured HTML5 editor. It was built from the ground up to help your team get the most out of content editing in modern browsers.

To keep Mercury simple, we support all browsers that have implemented the complete W3C contentEditable specification: Firefox 4+, Chrome 10+, Safari 5+"