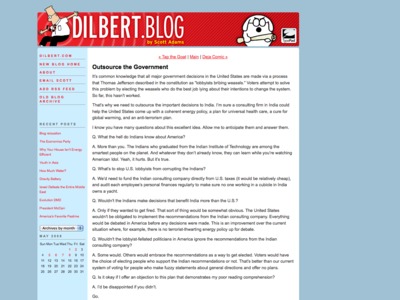 "The Indians who graduated from the Indian Institute of Technology are among the smartest people on the planet. And whatever they don’t already know, they can learn while you’re watching American Idol. Yeah, it hurts. But it’s true."

"remove the web developer and the web gets developed" 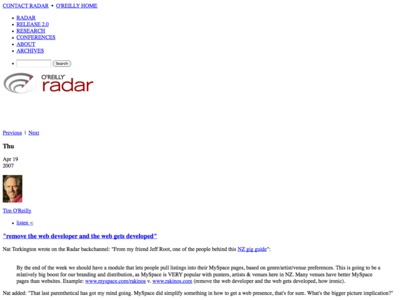 Tim O'Reilly at O'Reilly Radar - "remove the web developer and the web gets developed":

"One wouldn't think of Wikipedia as a news site, but it has indeed become one, as users find that they can make the software do what they want, rather than what it (originally) wanted. Ease of use can lead to new uses..."

"First of all, did I mention it’s fast?

Second, there’s no Save button. It just takes care of that. And remember, all the edits are deltas, as in non-destructive. It occurs to me to wonder why all software that edits any data in any way whatsoever doesn’t work like this.

[...] It’s really good at remembering what you just did, so you very rarely have to type in something more than once when you want to do it again."

"I saw Alfresco for the first time a year ago, and while I was impressed with their workflow and document management features, I thought their web app was a bit heavyweight for folks used to working directly off of a filesystem (either GUI or command-line). The newest release of Alfresco seems to target that concern very well. They've implemented CIFS so their repository function just like a network drive on a desktop (works on Windows and Mac). So unlike WebDAV, the user gets all the expected context (right-click) items, and file metadata and properties are handled much more fully than WebDAV." 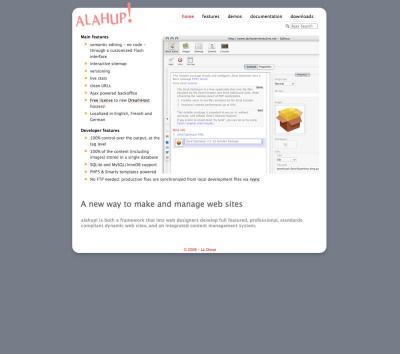 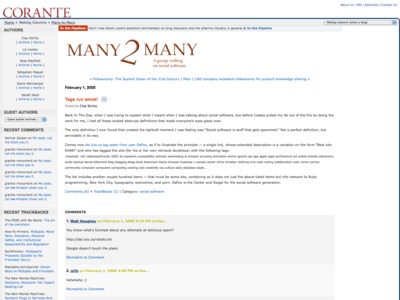 "Back In The Day, when I was trying to explain what I meant when I was talking about social software, but before Coates pulled my fat out of the fire by doing the work for me, I had all these wicked abstruse definitions that made everyone’s eyes glaze over.

The only definition I ever found that created the lighbulb moment I was feeling was “Social software is stuff that gets spammed.” Not a perfect definition, but servicable in its way." 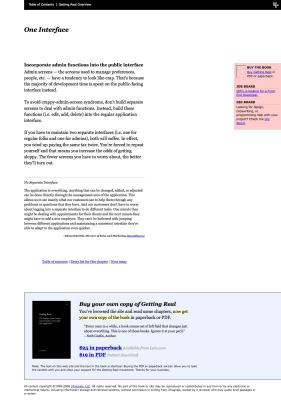 37signals - Getting Real: One Interface: 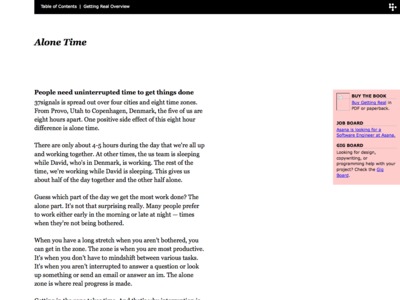 "Set up a rule at work: Make half the day alone time. From 10am-2pm, no one can talk to one another (except during lunch). Or make the first or the last half of the day the alone time period. Just make sure this period is contiguous in order to avoid productivity-killing interruptions.

A successful alone time period means letting go of communication addiction. During alone time, give up instant messenging, phone calls, and meetings. Avoid any email thread that's going to require an immediate response. Just shut up and get to work."