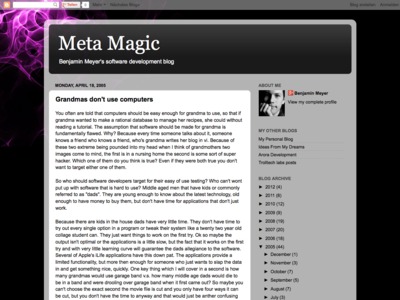 “So who should software developers target for their easy of use testing? Who can’t wont put up with software that is hard to use? Middle aged men that have kids or commonly referred to as “dads". They are young enough to know about the latest technology, old enough to have money to buy them, but don’t have time for applications that don’t just work.

Because there are kids in the house dads have very little time. They don’t have time to try out every single option in a program or tweak their system like a twenty two year old collage student can. They just want things to work on the first try.”